Naftali Bennett, the man on the brink of becoming Israel’s next prime minister, has long been adept at keeping a foot in disparate worlds. That shape-shifting quality proved crucial in propelling the 49-year-old politician to the threshold of power in a country as deeply divided as it has been in nearly three-quarters of a century of statehood.

As the head of a small hard-line nationalist party, Bennett — son of American immigrants, onetime elite military commando, start-up entrepreneur who made a high-tech fortune — is in many ways an unlikely figure to emerge from the no-holds-barred scrum of Israeli parliamentary politics with his hands on the biggest prize of all.

But a combination of happenstance, perseverance and more than a touch of raw political opportunism has put Bennett in position to push aside his former friend and mentor, Prime Minister Benjamin Netanyahu, when the Knesset, or parliament, holds a vote of confidence in a new ruling coalition Sunday.

Ousting Israel’s longest-serving leader is no simple task, let alone governing in the aftermath of a bruising, era-ending change of power. And Bennett isn’t even the official chief of the “change coalition,” the kaleidoscopic political grouping that is united in its desire to dislodge Netanyahu — and precious little else.

In an extraordinary concession, centrist politician Yair Lapid, who leads the anti-Netanyahu alliance’s largest party, agreed to share the top job in rotation, with Bennett taking the first two-year turn. Because Bennett’s party was just large enough for him to be courted as a swing vote, Israeli commentators called it a case of a political king-maker unexpectedly becoming king.

“He won the lottery,” political analyst and pollster Dahlia Sheindlin said, noting that, while technically possible, it is virtually unheard-of for the leader of a party with a single-digit seat count in parliament to ascend to the premiership. “But he also won the strategic lottery. He made this happen.”

Although skilled at cultivating political relationships, Bennett is something of an enigma even to those who have long been acquainted with him.

Fluent in American-accented English — just as Netanyahu is — Bennett is culturally familiar with North America after stints of living in Canada and the United States. He was born in the northern Israeli city of Haifa to Myra and Jim Bennett, who immigrated to Israel more than a half-century ago from the Bay Area.

At various points in his life, Bennett has chosen to move in circles where he was likely to be perceived as an outsider. In his youth, he was one of the first religiously observant recruits to an elite military commando unit in which Netanyahu had served years earlier.

Bennett still wears a small yarmulke, or skullcap — in Israel, normally a signifier of devout Orthodox Judaism — which clings to his bald pate in a precarious manner that even admirers sometimes lightly mock. But his degree of religious observance is sometimes described by Israeli observers as “Modern Orthodox lite.” His wife, Gilat, a high-end pastry chef, is reported to be secular but a keeper of the Sabbath.

Bennett was something of an outlier in Israel’s high-tech world as well. Start-ups like the banking-security firm Cyota, which he helped create and later sell off, are likelier to emerge from Israel’s freewheeling secular milieu than from the religiously observant one with which he more closely identifies.

He has also surprised some in Israel’s religious-nationalist community with relatively liberal views on gay rights and indications of a willingness to diminish the outsized political clout wielded by Israel’s ultra-Orthodox rabbinical establishment.

Yohanan Plesner, an ex-lawmaker whose 30-year acquaintance with Bennett dates back to their army days, describes the prime minister-in-waiting as very much a pragmatist.

“He identifies opportunities and he exploits them,” said Plesner, who heads the nonpartisan Israel Democracy Institute, “because he is able to reinvent himself and his message.”

When Bennett entered electoral politics less than a decade ago, his vehicle was a faltering religious party called Jewish Home. But after run-ins with its influential rabbis, he finally founded his own party in 2019 — Yamina, which means “rightward.”

Bennett’s family home, which he shares with his wife and four children, is in the tranquil Tel Aviv suburb of Raanana, firmly inside Israel’s internationally recognized borders. But he lived briefly in a Jewish settlement in the northern West Bank; served a short stint as leader of the Yesha Council, the country’s main settlement-advocacy group; and has made maintaining Israeli control over what he refers to as Judea and Samaria — the biblical name for the West Bank — the cornerstone of his political philosophy.

A backer of an annexation plan promoted by former U.S President Trump before it was dropped, Bennett has called for settlement-building momentum to “not be stopped even for a second.”

His rhetoric on Palestinians has often been incendiary, even racist, and he contends that the creation of a Palestinian state would be “national suicide” for Israel. But he also agreed to the unprecedented inclusion of an Islamist party, known by its Hebrew acronym, Raam, in the coalition now poised to take power, and has signaled a desire to improve the economic prospects of Israel’s Arab citizens, who make up one-fifth of the country’s population of about 9 million.

When Bennett threw in his lot with Lapid — something he had previously vowed never to do, prompting Netanyahu angrily to label him a con artist — he declared that he, like other coalition members, was willing to compromise in the interest of broader goals. In recent days, he has sought to strike a statesmanlike tone, pleading with Netanyahu to eschew extremist language and extravagant threats.

“Don’t leave scorched earth in your wake,” he urged his former mentor earlier this week.

The falling-out between Bennett and Netanyahu, an episodic estrangement that became definitive with the formation of the change coalition, was by all accounts a wrenching one. With a 22-year age gap between the two, the relationship at its apex bore father-son overtones, according to people who know both men. Bennett even named his son after Netanyahu’s fallen war-hero brother, Yonatan.

The initial split, more than a decade ago, is often attributed at least in part to Bennett’s clashes with Netanyahu’s wife, Sara. But the prime minister’s own willingness to use and discard allies is widely perceived as the reason he found himself all but friendless politically when erstwhile intimates at last banded together against him.

The rise of Bennett, viewed by many Israelis as the only means to halt an alarming slide into autocracy by Netanyahu, is being greeted with almost universal indifference or disdain by Palestinians inside and outside Israel. Bitterness is running high in the wake of Israel’s recently ended fighting with Hamas, the rulers of the Gaza Strip, in which Palestinian deaths exceeded Israeli-side fatalities by a ratio of 20 to 1.

In contested Jerusalem — where Israeli authorities’ heavy-handed treatment of Palestinians facing property expropriations has drawn worldwide attention — Bennett’s government will face an early test if far-right Jewish activists stage a threatened march two days after he is sworn in.

Bennett’s adaptability stood him in good stead as Israelis grew increasingly frustrated with seemingly permanent political deadlock after four inconclusive elections in two years. Teaming up with Netanyahu — who had first shot at putting together a new government — would have been a more natural ideological fit for him, but he instead accepted a political alliance that includes the main remnants of Israel’s beleaguered peace camp.

“I’m a man of the right, and for me values are important,” he said a scant two months before joining the new coalition.

Not even his political opposites claim to have him pegged.

“None of us know who Naftali Bennett is. Especially not Naftali Bennett,” lawyer and activist Danny Seidemann, a longtime defender of Palestinian rights in Jerusalem, wrote last week on Twitter. “We shall see.”

Special correspondent Noga Tarnopolsky contributed to this report from Jerusalem.

How COVID vaccines work against the Delta variant 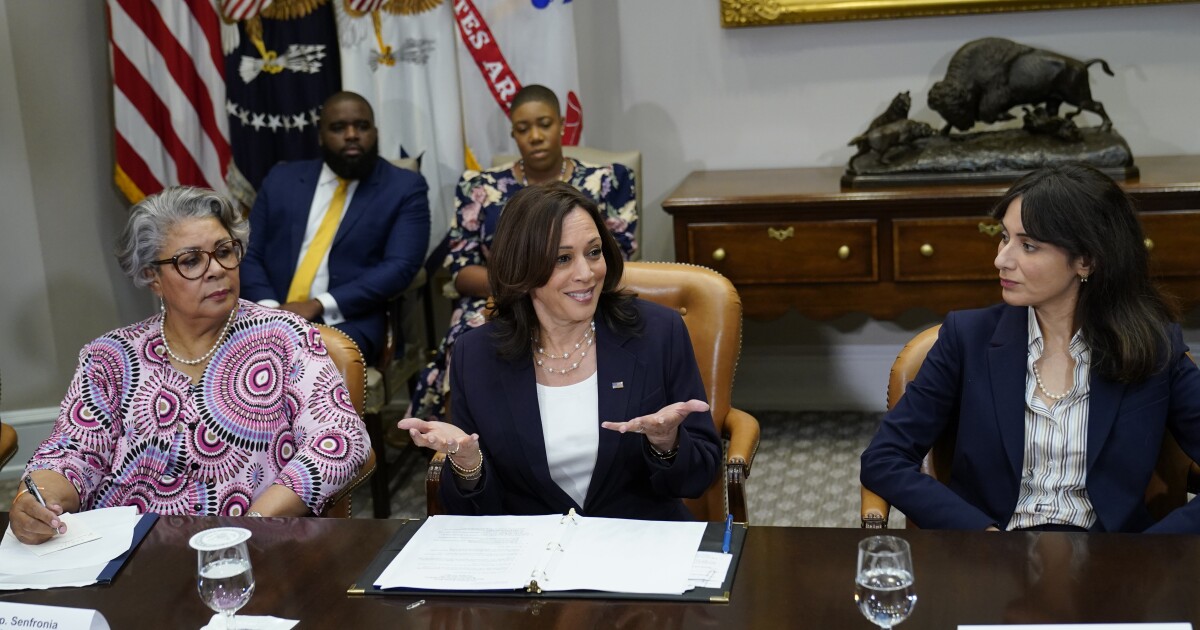 Heads Up: We Got Early Intel on Amazon Prime Day Luggage Deals
31 mins ago