Biden formally introduced Austin as his nominee to lead the Pentagon at an in-person event Wednesday afternoon in Delaware. If confirmed, he would make history as the first Black secretary of defense.

The selection has set off a new debate over civilian control of the military. Austin, who retired four years ago, would require the same waiver that Congress gave President Donald Trump’s nominee, retired Marine officer Jim Mattis, four years ago — leading some Democrats to say they were hesitant to approve such a waiver once and don’t want to do so again.

“I would not be asking for this exception if I did not believe this moment in our history didn’t call for it — it does call for it — and if I didn’t have the faith I have in Lloyd Austin to ask for it,” Biden said.

His message Wednesday was aimed directly at Congress, highlighting its move to grant Mattis a waiver.

He said he has seen Austin at tables with foreign leaders, and wondered at times if he was a military leader or diplomat. “I’m not exaggerating — he has a way about him,” Biden said.

He also underscored the length of their relationship and personal trust in Austin.

“I have personally worked with this man. I have seen him lead American fighting forces on the field of battle. I have also watched him faithfully carry out the orders of the civilian leadership of this nation,” Biden said.

Austin said he would keep the importance of civilian control of the military “at the forefront of my mind” and would run a Pentagon “grounded in meaningful civilian oversight.”

“I come to this new role as a civilian leader — with military experience, to be sure — but also with a deep appreciation and reverence for the prevailing wisdom of civilian control of our military,” he said.

Several Senate Democrats this week said they would oppose a waiver for Austin. Sen. Richard Blumenthal, D-Connecticut, said granting one “would contravene the basic principle that there should be civilian control over a nonpolitical military.”

But Sen. Jack Reed of Rhode Island, the top Democrat on the Senate Armed Services Committee, indicated he was open to granting Austin a waiver, saying that “in all fairness, you have to give the opportunity to the nominee to explain himself or herself.”

Biden’s transition team is already lobbying Congress: It has reached out to more than 100 House and Senate offices about Austin’s nomination and a waiver, a transition official said.

Austin is expected to speak with congressional leadership, including House leadership and both Senate and House Armed Service Committee members, “early on” as he begins the confirmation process, the official said.

Biden selected Austin out of three finalists and offered him the post in a phone call over the weekend, CNN previously reported.

In an op-ed published Tuesday by The Atlantic, Biden directly addressed Austin’s need for a waiver. “The fact is, Austin’s many strengths and his intimate knowledge of the Department of Defense and our government are uniquely matched to the challenges and crises we face. He is the person we need in this moment,” he wrote.

“I respect and believe in the importance of civilian control of our military and in the importance of a strong civil-military working relationship at DoD–as does Austin,” Biden wrote. “We need empowered civilians working with military leaders to shape DoD’s policies and ensure that our defense policies are accountable to the American people. Austin also knows that the secretary of defense has a different set of responsibilities than a general officer and that the civil-military dynamic has been under great stress these past four years. He will work tirelessly to get it back on track.”

Biden’s pitch for Austin includes deep personal and family ties: Biden’s late son Beau Biden served on Austin’s staff in Iraq and the two forged a close relationship there, sitting side by side at mass on Sundays and remaining friends after Beau Biden returned from his deployment, a source familiar with Biden’s decision said.

“In his more than 40 years in the United States Army, Austin met every challenge with extraordinary skill and profound personal decency. He is a true and tested soldier and leader. I’ve spent countless hours with him, in the field and in the White House Situation Room,” Biden wrote. “I’ve sought his advice, seen his command, and admired his calm and his character. He is the definition of a patriot.”

Fantasy Football: With Antonio Gibson in doubt, who can help?

As the Ahmaud Arbery trial starts, activists from across the country are showing up to support him and his family 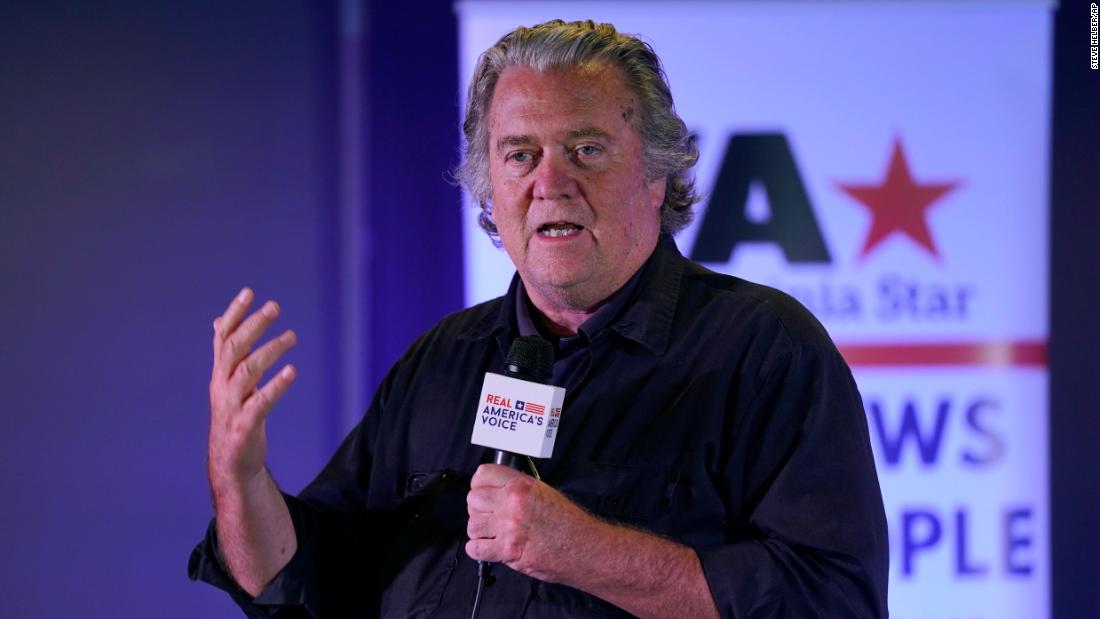 Opinion: The many lives of Steve Bannon

Steelers: 3 players in jeopardy of getting cut after Joe Schobert trade
August 14, 2021

Steelers: 3 players in jeopardy of getting cut after Joe Schobert trade