First day of school for kindergartners at Plaza Vista Elementary School in Irvine on Sept. 24.

First day of school for kindergartners at Plaza Vista Elementary School in Irvine on Sept. 24.

The reopening of hundreds of Orange County schools for in-person instruction over the last month — the largest return to school in a major metropolitan area in California so far this year — is likely to be a test case for the rest of the state.

The 13 school districts that returned to in-person instruction serve about 225,000 students, although not all of their students are back on campuses. Some districts have opted to bring their students back in phases, two or three grade levels at a time, while others have brought back elementary school students, but have yet to bring back middle and high school students.

Almost all districts began in-person instruction in a hybrid model, which splits students into two groups that rotate onto campus either a few days a week or every day for a few hours.

By the end of the month, six more of the county’s 28 districts are expected to reopen campuses. That would leave nine school districts in the county offering instruction completely via distance learning.

School officials face a number of hurdles to reopening campuses, from procuring and paying for personal protective equipment to negotiating agreements with their teachers unions.

Capistrano Unified overcame its biggest hurdle — bringing elementary school students back full time — by getting really creative, said Superintendent Kirsten Vital. The district of 47,000 students began a gradual reopening, two grade levels at a time, on Sept. 28. They managed it by erecting large blue tents at each school so that students could rotate from a half-day of instruction inside classrooms with their teachers to a half-day in small groups outside working with teaching assistants.

“It’s a strong community value to get kids back so families could get back to work,” Vital said.

Another big hurdle — voluntary Covid testing for teachers — was resolved by bringing the county’s mobile testing vans to school sites. Teachers also can be tested free at the 50 sites operated by the county.

Orange County school districts that have been reopening campuses began that process the week of Sept. 21. The schools were able to reopen after the county’s status on the state’s infection monitoring list shifted from Tier 1, the most restrictive, to Tier 2 on Sept. 8 and infection rates didn’t increase for two weeks.

Four of the five school districts with the highest levels of poverty in the county — Santa Ana Unified, Magnolia School District, Buena Park Unified and Anaheim Elementary School District — have not yet reopened.

Santa Ana Unified is scheduled to begin reopening campuses on Nov. 2 and Anaheim Elementary School on Jan. 19, 2021. Buena Park Unified and Magnolia School District have tentative reopening dates of Nov. 9 and Nov. 18, respectively, that still must gain approval from their school boards.

Orange County has been at the epicenter of pandemic-related skirmishes over everything from mask requirements to school reopening plans. In June, county health officer Nichole Quick resigned after opposition to a countywide mask order she enacted in May became hostile enough for the Sheriff’s Department to provide her security, according to the Los Angeles Times.

In July, the Orange County Board of Education voted to recommend to the county’s districts that they reopen schools with no mask or social distancing requirements. Their recommendations were rendered moot a few days later when Gov. Gavin Newsom announced that schools in counties with high Covid-19 infection levels, like Orange County, would have to begin the school year in distance learning. The county board of education responded with a lawsuit against Newsom to overturn his order. The state Supreme Court ruled in the governor’s favor.

Even before school districts were eligible to reopen local teachers unions across the state have held rallies and car parades, and have sent their district officials cease and desist letters or filed grievances to protest campus reopenings.

Chula Vista Elementary School District in San Diego County and Newport-Mesa Unified in Orange County pushed back plans to reopen schools because of the safety concerns of teachers. Chula Vista school officials had planned to reopen kindergarten through second-grade classrooms later this month, but now say it is likely to happen toward the end of the year. Newport-Mesa began a phased reopening of elementary schools on Sept. 29, but has opted to wait to reopen middle and high schools until January because of teachers’ concerns.

Newport-Mesa, a district with 20,000 students from Newport Beach, Costa Mesa and Corona del Mar, brought back elementary school students for half-day schedules that began either in the morning or afternoon. They sat at every other desk and stood on marks on the floor that kept them apart. Instead of lunch in the cafeteria, each child was sent home with a to-go meal.

The schools reopened despite a cease and desist letter from its teachers’ union sent Sept. 23. The district and union had negotiated but not agreed on a start date for reopening, according to the letter.

The color or tier the county is assigned is based on just two factors: the number of new positive cases per 100,000 population and the percentage of positive test results over the previous week.

Only districts in counties in the purple or Tier 1 category can not reopen schools. If they are in any one of the other tiers and the number of cases doesn’t increase, they will have permission to open their schools for in-person instruction, should they decide to do so.

Colusa, Kern, Kings, Merced, San Benito, Stanislaus, Sutter, Ventura and Yuba counties moved from Tier 1 to Tier 2 on the state’s monitoring list less than two weeks ago, meaning they can reopen their schools later in October if their rate of coronavirus infections does not increase.

Newport-Mesa teachers have a number of safety concerns, including social distancing markers that are not always 6 feet apart, no temperature checks when students arrive on campus and no plan to provide clear plastic partitions on middle and high school students’ desks, said Tamara Fairbanks, Newport-Mesa Federation of Teachers president.

Newport-Mesa Unified created multiple advisory groups made up of parents, districts and staff to consider how best to reopen, said spokeswoman Annette Franco. The district also purchased an ample supply of personal protective equipment and disinfectant products, and has hired 45 additional custodians, she said.

“We really do have a good plan to safely reopen schools,” Franco said. “Our Covid numbers are lower than the county average. That gives us more faith in our ability to reopen.”

Despite their concerns and the lack of an agreement between the union and the district, Newport-Mesa Unified elementary school teachers have returned to school. The district’s teachers’ union isn’t in a position to strike because they have a current contract and don’t have the support of the entire community when it comes to waiting to reopen schools, Fairbanks said.

“We decided to win as much as we can in negotiations and seek out our various legal remedies to resolve issues with safety, work conditions and contract disputes,” she said.

Newport Harbor High School teacher John Brazelton won’t be returning to the campus in January when the district is scheduled to reopen middle and high school campuses. Brazelton is a cancer survivor. Chemotherapy drugs helped him survive the disease 11 years ago, but they also permanently scarred his lungs, putting him at increased risk of severe illness or death from Covid-19.

“Personally, I’m concerned as a parent and as a teacher, and when you couple that with the less than confidence-inspiring planning that seems to have gone into our district’s reopening plan, I’m not in favor of going back,” he said.

Brazelton, who teaches astronomy, physics and chemistry, said he will apply to the district’s Cloud Campus, but isn’t sure there is still a spot for a science teacher and doesn’t want to leave his students midway through the year. He’s hoping the district can come up with some other accommodation, like allowing him to teach from home with the assistance of an aide who supervises the students in the classroom.

District officials at Capistrano Unified negotiated a memorandum of understanding on reopening schools with its teachers’ union over the summer, but not all districts and their unions have been able to agree on how or when schools will reopen. State collective bargaining law requires districts to negotiate with unions whenever there is a change in safety conditions, said Dave Brown of the California Teachers Association.

Capistrano Unified officials set aside $1 million to pay the cost of having teachers’ assistants supervise and help students who have teachers with health concerns, who are instructing students remotely. About 50 teachers are getting that assistance.

Irvine Unified reopened its campuses on Sept. 24, spending $21 million on health and safety measures, including personal protective equipment, school and facilities upgrades and the purchase of air purification units. The district also used the money to offer more mental health and wellness support to students and to hire additional teachers and other staff to reduce class sizes, according to information on the district website.

The district is reporting that five members of school staff and seven students have been diagnosed with Covid-19 since reopening its schools. In two cases, the district said parents didn’t need to quarantine their children, but should monitor them for 14 days for symptoms, according to letters shared on social media.

Los Alamitos Unified School District also has reported two high school students have been diagnosed with the virus, as has an elementary school teacher. Tustin Unified is reporting three cases of Covid-19 among its students and three among its teachers.

But not all school districts are posting a Covid-19 dashboard and the Orange County Health Care Agency has declined to comment on cases at individual schools.

Kev Abazajian, a UC Irvine professor and father of a fifth-grader in Irvine Unified, isn’t confident enough about how district administrators are handling reopening to send his son back to on-campus instruction.

He was dismayed this summer when he received an email from the district saying face coverings would be optional for students when schools reopened. He started an online petition demanding face coverings be mandatory. Over 4,000 people signed it.

On July 14 the Irvine Unified school board voted to make wearing masks mandatory for students and teachers.

Despite that, Abazajian and almost every other parent in his son’s class opted to enroll their children in the district’s Irvine Virtual Academy this year instead of returning them to campus.

He said that the district had lost a “little bit of credibility” as a result of its initial recommendation to make masks optional. “So a lot of families felt uncomfortable about putting their kids in hybrid or traditional models if they (district officials) were going to make poor decisions,” he said.

Do you count on EdSource’s reporting daily? Make your donation today to our year end fundraising campaign by Dec. 31st to keep us going without a paywall or ads. 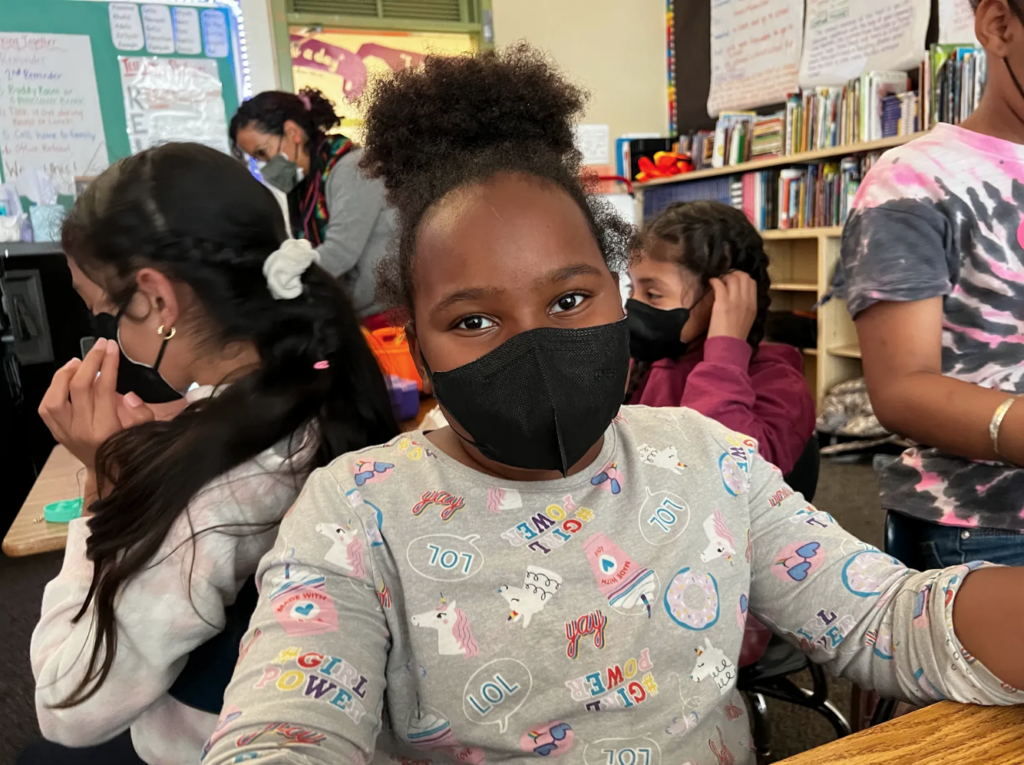 Parents scramble for higher-quality masks for children amid nationwide shortage 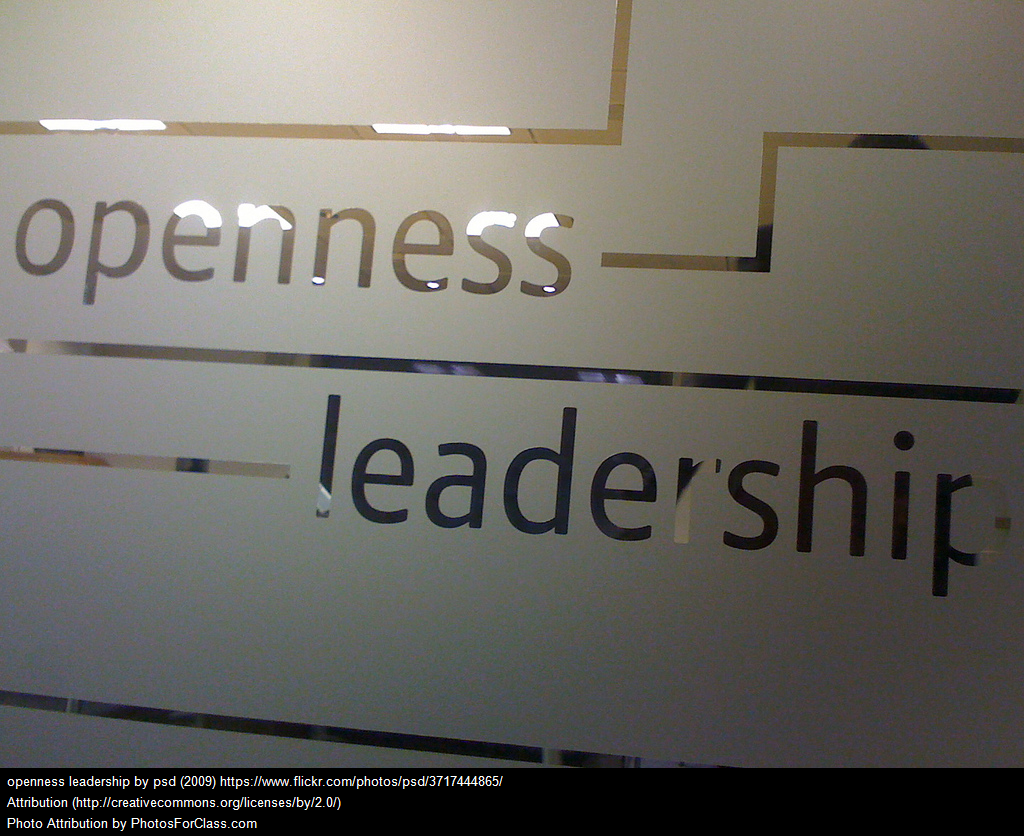 A Look Back: “A Community Organizer’s Definition Of Leadership – How Can It Be Applied To Education?”

How Has the Pandemic Changed the Way Educators Think About Homework? – EdSurge News

Everyone Knows Guinness But Other Stouts Don’t Get Their Due

Big Tech Uses Data to the Detriment of Consumer Health, But We’re Addicted. So What’s the Solution?
31 mins ago

Big Tech Uses Data to the Detriment of Consumer Health, But We’re Addicted. So What’s the Solution?

Valentine’s Day Gift Guide: Delicate Jewelry That Will Steal Her Heart
47 mins ago

Craig of the Creek’s getting a spinoff, a new movie, and a fifth season
53 mins ago

Craig of the Creek’s getting a spinoff, a new movie, and a fifth season

Jobless claims jump to 286,000, the highest level since October
1 hour ago

Jobless claims jump to 286,000, the highest level since October